The flip side of congestions 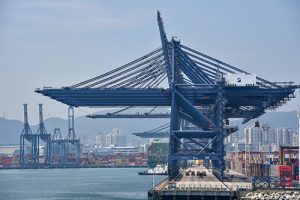 Did China’s lockdown offer some glimmer of hope for cargo owners held hostage by premiums?

Cargo owners have been the bearing the brunt of price gouges. The big carriers’ have gone as far as to quote for space instead of actually moving the cargo, much to many shippers’ contempt. If one could recall, shippers were reduced to not ship for a while as the rates were purely unsustainable. Yet, gentler rates now are not attracting bookings either.

Anticipated charter rate dives
Stemming from COVID-19’s variants induced congestions, price gouging became a popular practice to corner cargo owners. Some acquired their own vessels which proved to be cost-effective compared to having no options but to pay through the nose if they still need the business. With severely clogged supply chains, cargo owners may be heaving sighs of relief they made the right decision to do away with premium charters.

S&P Global Commodity Insights noted all-inclusive container rates into North America were rangebound at depressed levels during the week ended 22 April 2022, amid weak demand for cargoes out of Asia. US cargo owner sources disclosed that Asian exports were increasingly difficult to book, compounded by a raft of port omissions on the part of ocean liners. A North American forwarder said “Not seeing anything in 5 digits. “No premiums at all, I do not know if that is just temporary because of what is happening in China.”

S&P added the same week saw scant all-inclusive rates on the North Asia-North America run at slight premiums to market FAK rates, although significant pockets of FAK space were available out of North Asian gateways, particularly on bookings made with new entrants and charter players. Another source added shippers are not inclined to take chances when logistics are stretched at this point.

Rates from Asia to Europe have notably continued to slip as demand continued to tail off, with the market waiting for news from Shanghai before further bookings. A European shipper commented, “Rates are coming down because there just isn’t demand, it is as simple as that. Why pay for delays when you could just wait?”