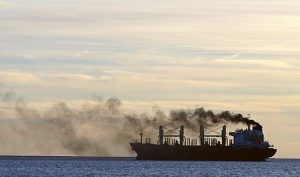 While one country is obsessed with conflict, others are worried about economic problems

The latest set of punishment dished to Russia was the European Union’s (EU) proposal to wean itself off Russian oil and refined products by year end. Looking at the severity of global trade mayhem, have the sanctions gone too far?

Slippery slope of sanctions
The 28th President of the United States, Woodrow Wilson said in 1919, “A nation that is boycotted is a nation that is in sight of surrender. Apply this economic, peaceful, silent, deadly remedy and there will be no need for force. It does not cost a life outside the nation boycotted, but it brings a pressure upon the nation which, in my judgment, no modern nation could resist.”

This statement rings true to the geoeconomics condition today. The supply shortage and chaotic distribution chain have radically disrupted prices that even vessel chartering suffered hard stops. Recently, Dutch and Swedish dock workers refused to unload a tanker carrying Russian diesel because of “international solidarity” over the Ukraine invasion, a union leader said.

Niek Stam, Head of the Maritime Division of the Federation of Dutch Trade Unions (FNV), told Bloomberg that the tanker, Sunny Liger was denied entry to one port in Sweden and two ports in the Netherlands. “If dock workers somewhere else in the world refuse the cargo we will also refuse. We do that on the basis of international solidarity,” he said. Data from Marine Traffic showed the Marshall Islands-flagged tanker is currently anchored off the coast of IJmuiden, near Amsterdam.

Its crippling effect
Technically, Sunny Liger should not be subject to sanctions given its flag. Dutch Foreign Minister Wopke Hoekstra confirmed that the cargo is not barred. However, Dutch Ministry of Foreign Affairs did not provide further comments on the incident. If this boycott is to continue indefinitely, the EU would need to reconsider the repercussions. A glaring piece of evidence would be Hungary’s objection towards further sanctions against Russia.

Hungarian Foreign Minister Peter Szijjarto said the country will not vote for any sanctions that will make the transport of natural gas or oil from Russia to Hungary impossible. He noted, “Hungary’s energy supply cannot be endangered because no one can expect us to allow the price of the war (in Ukraine) to be paid by Hungarians. It is physically impossible for Hungary and its economy to function without Russian oil.”

Share
Previous Will India’s heatwave jump-start the Rupee-rouble system?
Next Can Russia be totally removed from the trade equation?