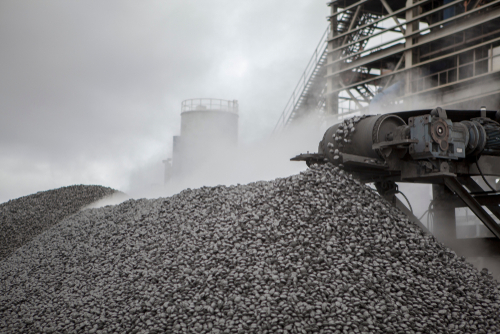 The country’s iron ore export performance has been fluctuating from China’s steel output curbs. While the industry worries over plummeting revenue, competition from fellow producers is another to panic about.

Early this month, shipments from the 4 largest iron ore producers in Western Australia (WA) rebounded by over 2 million tonne. Rio Tinto, BHP, Fortescue and Roy Hill loaded vessels with a combined 18.57 million dwt of capacity in the first week of September 2021. Argus Media noted this was an increase from 16.47 million dwt in the week to 28 August and 9pc above 12-month average levels. Prices continued to decline on lower Chinese pig iron production.

In the middle of the volatile price movements, BHP successfully obtained approval from WA government to export up to 330 million t/yr through Port Hedland. BHP’s previous license was 290 million t/yr. This green light puts BHP closer to its mid-term target of 310 million t/yr. All these are however subject to Pilbara Ports Authority’s (PPA) call, which operates Port Hedland.

While BHP, Fortescue and Roy Hill dominate the port, MinRes did not hold back in its appeal for impartial allocation from PPA. WA government granted Fortescue approval to expand output through Port Hedland to 210 million t/yr. It was however not granted channel allocation for the additional throughput despite investing $3.3-3.5 billion on the 22 million t/yr Iron Bridge project, due to start production in December 2022.

Roy Hill and Atlas are majority owned by Hancock Prospecting, run by iron ore magnate Gina Rinehart. Rinehart, Fortescue’s Chairman Andrew Forrest and MinRes’ Managing Director Chris Ellison, are all significant public figures in WA with strong political clout, while BHP has been a cornerstone of the WA economy of decades. Allocation of the Port Hedland channel capacity is challenging for the state government, which owns the PPA. Will further capacity expansion mitigate the tricky battle? It will depend on the responses of the 4 titans.