There are still takers for Venezuelan oil 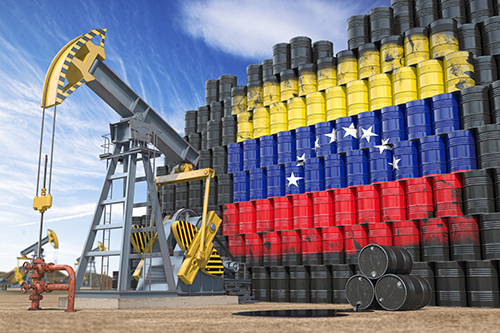 Beijing announced new taxes on imports of diluted bitumen, light cycle oil (LCO) and mixed aromatics would take effect from 12 June 2021. This tariff is going to cost importers another 50 per cent. What is supposed to be a deterrent turned out to be a lucrative opportunity for Venezuela and Malaysia to collaborate and get the former’s oil into China before the law takes effect.

Getting around to get around
Both cargo tracking and industry sources noted China bought an estimated $3.5 billion worth of Venezuelan oil passed off as Malaysian fuel. Naturally, the Chinese customs and foreign ministry, Malaysia’s trade ministry, and Venezuela’s oil ministry and state oil company PDVSA did not respond to requests for comment.

These “masked” cargoes were declared as bitumen blend; a mix of tar-like heavy crudes and refinery residue fuels that did not attract consumption tax like fuel oil and exempted from China’s quotas on oil imports. Proven to be effective, bitumen shipments to China jumped 13-fold since May 2020. Vortexa Analytics, a cargo-tracking specialist pointed out that 90 per cent of the cargoes from 2020 to the end April 2021 turned out to be Venezuelan oil! This is a good 61 per cent of Venezuela’s total oil exports (324,000 bpd).

Despite this “deterrent”, there are still interested Chinese buyers. Industry sources observed despite China’s state oil buyer CNPC ceased purchasing Venezuelan oil since August 2019, private traders and refiners remained keen. They had no objections to re-certifying and blending the oil as Malaysian. The sources added these “importers” are smart enough to evade any detection by leveraging a feedstock and need no import quotas.