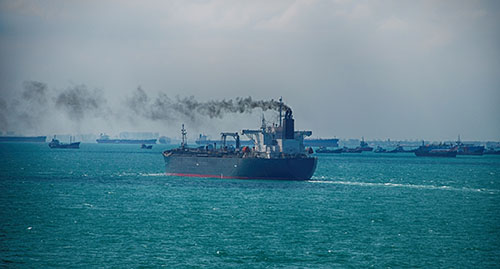 A Clydebank Declaration was launched at the COP26 Summit, which garnered 19 countries’ support to create zero emissions shipping routes between ports to quicken decarbonisation. Unfortunately, it might involve taxes.

Minimally 6 routes between 2 (or more) ports
It is clear as day that the International Maritime Organisation’s (IMO) efforts to reduce carbon emissions by at least 40 per cent before 2030 was acutely misaligned with the 2015 Paris Agreement of limiting global warming to 1.5°C (2.7°F). With intense pressure to address the climate crisis, the Clydebank Declaration was created to establish minimally 6 green shipping routes by 2025. This translates to the need for carbon-neutral fuels, the infrastructure required for decarbonisation, and regulatory frameworks.

Clydebank Declaration’s mission statement declared, “The signatories are to support the establishment of green shipping corridors – zero emission maritime routes between 2 (or more) ports. It is our collective aim to develop at least 6 green corridors by the middle of this decade, while aiming to scale up in the following years. This can be carried out through establishing more and longer routes, and/or having more ships on the same routes. We aspire to see more corridors in operation by 2030, and will assess these goals by the middle of this decade, with an objective to increase the number of green corridors.”

Britain’s Maritime Minister Robert Courts added that countries would not be able to decarbonise shipping routes without commitments from both the private and non-governmental organisations (NGO). He asserted, “The UK and many countries, companies, and NGOs believe zero emission international shipping is possible by 2050.”

However, Christian Ingerslev, Chief Executive of Maersk Tankers stressed that the company had spent over US$30 million over the last 3 years to bring their carbon emissions down through digital solutions. “We need governments to not only back the regulatory push, but also help create the zero emission fuels at scale. The only way this will work is to set a market-based measure through a carbon tax,” he said.