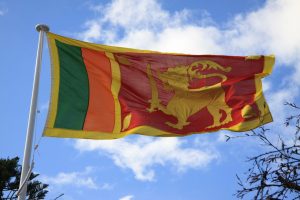 Sri Lanka’s state of emergency only resulted in angrier protests over the biggest economic crisis in history. The country sank into deeper debts from the pandemic, which devastated tourism revenue plus foreign worker remittance. It has reached a point of putting off shipowners and charterers for fear of bad debt.

The question of interests
The civil unrest stemmed from the country’s essentials’ shortage left citizens starved of power and food. Reports noted the protests came a day after hundreds of protesters gathered outside President Gotabaya Rajapaksa’s house in the capital. The protesters chanted slogans demanding his resignation over an unprecedented economic crisis in the South Asian nation. Many angry also tried to storm his residence.

President Rajapaksa reportedly declared a state of emergency in the country on Friday, giving sweeping powers to security forces to arrest and detain suspects. Prime Minister Mahinda Rajapaksa fuelled the fire defending the move in the interests of public security. Others disagreed with the rationale behind, citing a failure to understand and empathise.

A vessel loaded with 5,500mt of cooking gas was compelled to depart Sri Lanka when the country could not secure US$4.9 million to pay for it. Laugfs Gas Gas LGGL.CM’s Chairman W.H.K. Wegapitiya lamented to Reuters, “People are struggling with an acute shortage of cooking gas, but how can we help them when there are no dollars? We are stuck.”

The chaotic supply chain had businesses taking blows from forced halts and congestions, which rattled balance sheets. To Chairman Wegapitiya’s credit, he comprehended the vulnerabilities of the ship and cargo owners, including charterers if there were any. When President Rajapaksa took office in 2019, he promised economic stability only to realise it was trickier than he thought. Cleaning up botched fund management by successive leadership is already a long process, the pandemic would only aggravate issues. Even if President Rajapaksa manages to secure bailouts, conditions would warrant his relinquishing as the trust has been severely broken.