Will 2022 be a year of investments in decarbonisation? 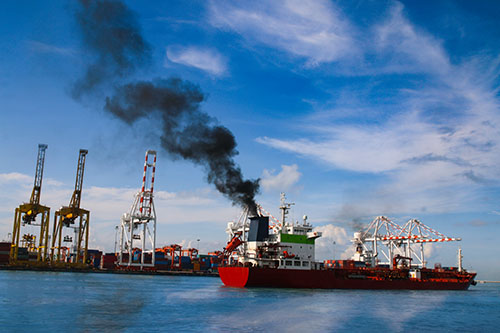 Would shipowners invest their profits generated in 2021 in decarbonisation efforts next year?

The industry knew and scoffed at mega shipowners’ windfalls. However, the million-dollar question was: will they invest the profits in decarbonisation? It was a question by Dr Stavros Karamperidis, Maritime Economics lecturer in University of Plymouth (UK), and Head of the Maritime Transport Research Group.

Spending for the right reasons
Both shippers and supply chains were adversely affected from port congestions. Price gougings resulted in a chain reaction of cargo owners either halting shipping or manufacturers pausing production. Dr Karamperidis quoted a private shipping report which revealed only 37 per cent of survey respondents (who are global logistics CEOs) expected normality returning to supply chains only by end of 2022. The rest were divided between Q1 and Q2 of 2023.

On the flip side, he observed the world managed to save US$5 trillion (£3.6 trillion) during the lockdowns, and would want to spend some of it after restrictions are lifted. This led to International Monetary Fund (IMF) predicting a 6 per cent global growth for 2021.

Global shipping running on fossil fuels account for almost 3 per cent of global carbon emissions. Shipowners and builders worldwide are hard-pressed to reduce at least 40 per cent carbon dioxide (CO2) emissions by 2030. Decarbonisation efforts would certainly put the profits to good use. Moreover, Dr Karamperidis cited that Amazon, Ikea, and Unilever decided to use only ships with zero emissions by 2040.

Feeling positive, he even felt the current port congestions resulting in massive slowdowns also reduced carbon emissions. One big however was the likelihood of restoring “reasonable” shipping costs, similar to pre-COVID-19 rates. It also remains to be seen if the shipowners would go full swing on decarbonisation efforts as costs to retrofit existing fleets would be astronomical. Another possibility is passing the costs to the customers, like how it had always been for businesses.

Essentially, the industry would have to anticipate two extremes. Either decarbonisation efforts slowing down to address the port congestions, or another spike in environmentally-friendly newbuildings. Korea has openly announced they are going in. Who would be next?