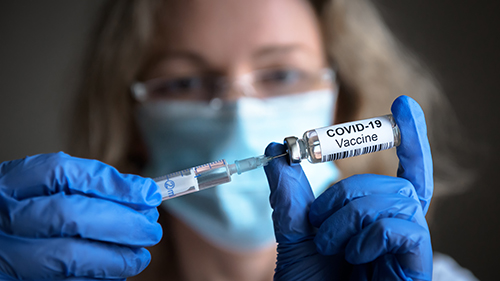 The vaccine shortage plunged India into deep chaos. Health personnel in a mad rush to administer vaccines gave two different jabs to the same people. This “error” turned out to be a stone unturned for India – in its mission to resume supply chain operations.

Mixed vaccines in the pipeline
In a bid to quicken the country’s inoculation, the Indian government is not ruling out the possibility of mixed vaccines if science backs its efficacies. All vaccines administered to date require two doses. The first dose prepares the immune system to recognise the virus, while the second enhances the recognition and response to it.

The idea of mixed vaccines was not totally dismissed. In fact, some nations allowed it in emergency cases despite a lack of concrete evidence proving its safety and efficacy. Combining Oxford-AstraZeneca’s Covishield and Pfizer-BioNTech’s mRNA, (a method called “heterologous prime-boost”) is said to be able to condition the body to identify the virus in multiple ways.

Russia has a two-dosed combination vaccine called Sputnik V. Using the common cold viruses at separate times, the combination with added SARS-CoV-2 spike protein conditions the body to develop an immune response to COVID-19. This approach produced a 91.6 per cent efficacy, similar to Pfizer’s and Moderna’s vaccines. Some experts claimed mixed vaccines target different components of the virus, enabling the immune system to defend against a wider range of threats, including new variants.

A glimmer of hope for India maritime
Dr V Ravi, a virologist and a member of the state COVID task force committee told the media: “These vaccines have proven to be safe and theoretically there should be no safety concern. Immunologically, the principle is that you prime with one dose and the other boosts it. The key question that needs to be answered would be whether mixing would affect efficacy.”

While that is good news for India, it is a glimmer of hope for the country’s maritime workforce. With more vaccine options available, India should be on its way to (hopefully) resume its maritime operations and continue where it left off.

Share
Previous BREAKING NEWS: OOCL vessel topples container crane at Port of Kaohsiung, Taiwan
Next Competition to be ahead in newbuilding technologies?