Will the alternatives fill the coal gap? 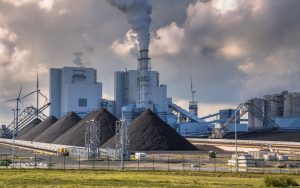 Opportunity for unlikely suppliers
Coal demand for top 5 suppliers surged, except for Russia which is now nothing less than some public enemy. International Energy Agency’s ranking for 2021 revealed that China, India, Indonesia, United States and Australia are the top 5 coal producers in descending order for 2021. Russia took the 6th spot. Yet, the biggest suppliers are not able to cash out on the elevated demand as they have reached their capacity limit.

Imports from the United States in March totalled 809,000 tonnes, rising by 30.3 per cent year-on-year and at their highest level since October 2019. Demand for South African coal also picked up with 287,000 tonnes arriving in March versus no shipments in March 2021. Australia also found renewed buying interest from Europe, with thermal coal imports totalling 537,000 tonnes in Q1 2022, versus no shipments over the same period in 2021, Braemar added.

However, Indonesia and Australia have hit their production limits and are unlikely to meet Europe’s demand for additional supplies, according to mining executives. With Russia and China written off for political reasons, importers can only go down the list. Pundits who expected India to fill the gap would be sorely disappointed.

The republic has cut coal supplies to the non-power sector and put on hold plans for some fuel auctions for utilities without supply deals due to a slump in inventories, as the country battles a seasonal jump in demand for electricity. Coal inventories at state government-owned utilities, which account for a third of all coal-fired plants, have reportedly slipped to its lowest at 22 per cent of mandated quantity. Inventory levels below 25 per cent are considered “critical”. Such conditions spell heightened demand for the United States and South Africa. However, importers would still have to contend with higher prices including shipping costs.

Share
Previous Did Germany crack under pressure?
Next DSME invigorates its value through autonomous ships