Yantian’s reopening one berth will not ease congestions 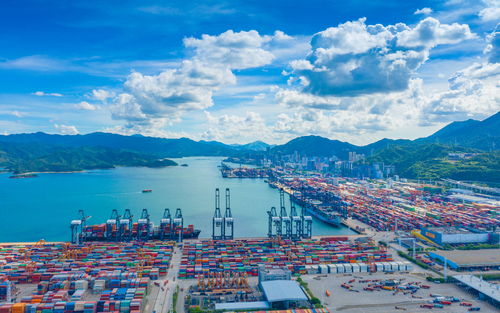 Resuming operations at one berth should have improved operational capacity. On the contrary, shipping heavyweights remain concerned and continued to warn about delays. The surcharges meanwhile continue.

Industry analysts first noted the degree of blockage at Yantian port (from the outbreak) eclipsed that of Suez Canal’s. It worsened when the port imposed stricter precautionary measures to contain the virus. Vessels’ diverting during the chaotic period was the only way to negotiate pressing deadlines and additional costs.

Ditlev Blicher, Maersk Asia Pacific Managing Director said in an online media briefing that Yantian port was currently operating at around 40 per cent of capacity. He remarked: “We are expecting that to continue for the next month with significant delays for vessels to be able to berth.” Vincent Clerc, AP Moller-Maersk’s CEO of Ocean & Logistics, added, “I would say this for us is a much bigger disruption than the Ever Given getting stuck in the Suez Canal for some days because of the duration and the importance of Yantian as a gateway.”

Reopening one berth is no relief

Ocean Network Express (ONE) and CMA CGM are some of the liners that imposed a congestion surcharge for consignments bound for Yantian. Maersk announced on 11 June 2021 that one more berth opened at the eastern terminal – enabling up to seven ships to berth simultaneously and heightening productivity by up to 45 per cent. Another industry source noted Yantian’s terminal operational capacity increased to 70 per cent.

Despite resuming operations at one berth, it is not providing much comfort for the big players. Fearing the ripple effects of congestion, Clerc anticipates further vessel delays of up to 16 days. He also expects to see lost sailings as a result of the delays which will only compound the prevailing congestion.